While we have just celebrated the glamourous 2012 Eurovision song contest in Baku, Azerbaijan – we also witnessed the repression of the country’ system critics. Coming up soon, is the Euro football championship in Ukraine. This is just recent examples of our brave new Europe, muting discussions about important civic issues, that seems more urgent to debate than ever. 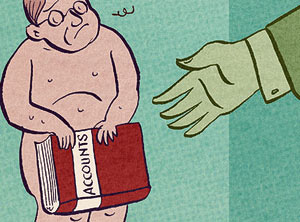 Mankind on a global scale is facing two serious risks. The first is climate change, where we have experienced the different COP‘s as merely more than financial and CO2 abusers, with to many conflicting interests for the participants to be able to create other than intentional hope oriented agreements. Second risk we are facing is the neo-imperialism by the amoral financial markets. Indeed an important moment in European history, as we all know the drastic financial and social implications of the Greek debt crisis, helped in the past to flourish by the willingness of the European Comission who closed their eyes for irregularities.

In civilized societies such as the European member states, there is, or should be a strong connection between saying and doing – this is why we in this issue of SSJ, focus on human rights. The first half year of 2012, Denmark hosts the presidency of the European Union. Denmark, a country known for it’s “Jantelov”, inspiring “Flexicurity” system, tremendous human rights and H.C. Andersen fairytale “the emperors new clothes”. The ‘golden age’ of welfare states seems to have flewn out of the windows with the replacement of steoroid banking now infecting global money systems. No money – no growth… no work, unless we are talking a privileged small percentage of the world population.

Denmark is setting the tone for a responsible, safe and dynamic Europe, and there are many excellent rhetoric intentions in the Danish EU presidency vision, where for the first time in Danish history, it’s a woman leading the troops. This is good news as we are often taught growing up, that women and female values is the solution for the worlds problems. Denmark is proud to be in the top ten of non-corrupted countries, but has however proved as you can watch in the SSJ documentary, that sometimes the difference between right and wrong doing can be a matter of rhetoric interpretation. Further more the Danish minister of European affairs, Nicolai Wammen is currently promoting less transparent acces rules in the EU. As he put’s it: “As I see it the only way forward is to show a pragmatic and realistic approach”.

What happened to the pragmatic, realistic and fair approach of having those who through criminal behaviour created the financial crisis, pay for their unethical conduct and fantasy oriented speculations? What happened to significant regulations on the banking sector who has mixed private economies and speculative economy into one big mess! What happened to the real value creators? Innovators, entrepreneurs, salesman, gifted artists and local community bankers who knows to give the best loans to the right clients, producing real value and not illusions?

For those who know their history, we remember what happened in Germany in the nineteen thirties; high inflation, huge unemployment and lowering of salaries. This is exactly what is happening in Greece for a while, and more has to come if other EU countries becomes victims of the unpredictable titanic economical forces. One area with assured future growth is the production of Pharmaceuticals, which surely with the willingness of the professionals in the health sector, will create a whole new range of longterm challenges for both citizens and demo- and bureaucratic states.

To end this editorial we quote one of history’s famous human rights activists Martin Luther King: “In the end, we will not remember the words of our enemies, but the silence of our friends”

What’s happening with gender dynamic’s in 2013?

Snuff Street Journal is a nonprofit watchdog, protecting environmental and human rights issues. We continuously select links to existing articles, as well as producing our own content